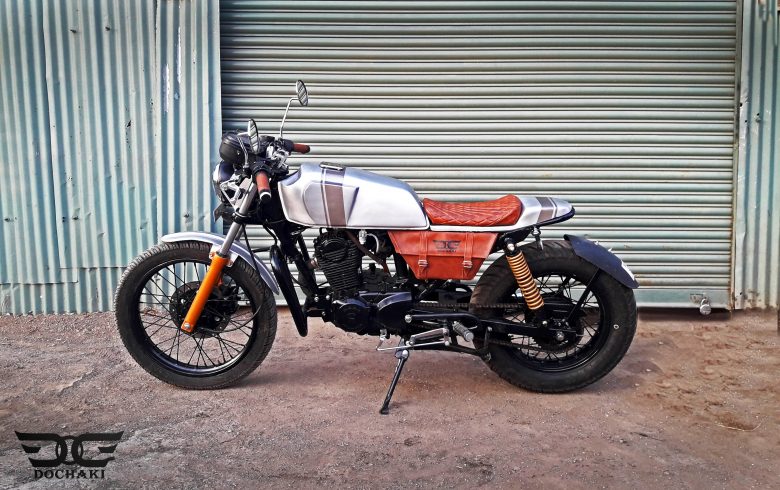 Dochaki Designs’ latest custom bike – the Spitfire V.82 – is a World War II aircraft in the form of Cafe Racer

Dochaki Designs have slowly but surely started making their presence felt in the Pune custom bike scene. Their grungy Lokhand – an Indian army tribute custom – was a hit among the fans at India Bike Week. Continuing their affection towards armed forces, this Pune-based design house has come up with their latest concept Spitfire V.82 as a hommage to the iconic Spitfire airplane of WWII era. Here’s a detailed look at this Cafe Racer.

Concept: Client is a fan of Spitfire fighter planes and wanted to incorporate that in the bike; he also wanted a cafe racer. The client brief resulted in this low and sleek amalgamation.

Chassis: An old Hero Honda CBZ chassis was used where the sub frame was modified to fit into the proportions and lines of a cafe racer

Levers and grips: Adjustable levers for quick shifts. Grips are wrapped in the leathrite to match the seat

Headlight: Classic Round Style with cross Marking on the Glass

Ignition: Kick Start with Some tricks so to accomodate the rear sets

Battery box: Circular-shaped with number 82 written over it

Drive: Chain drive to stay true to the period styling

Wheels: Spoke wheels to go with the old-school look

Exhaust: Custom-built in the shape of Spitfire Plane Exhaust and forged to give it that peculiar growl

Taillight: Hidden inside the cowl

After Lokhand and Spitfire, Dochaki has already covered the army and the air force, now let’s see what custom creation they come up with to salute the naval forces. 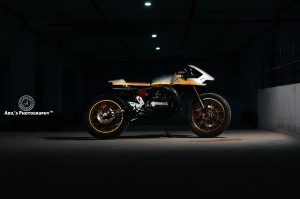 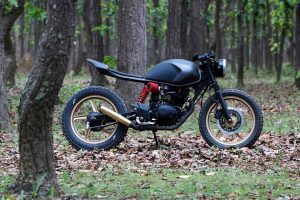 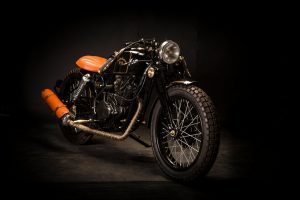 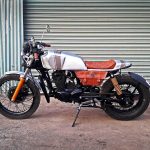 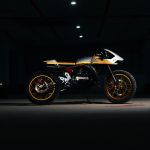 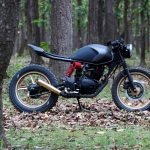 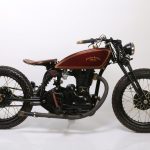 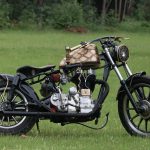