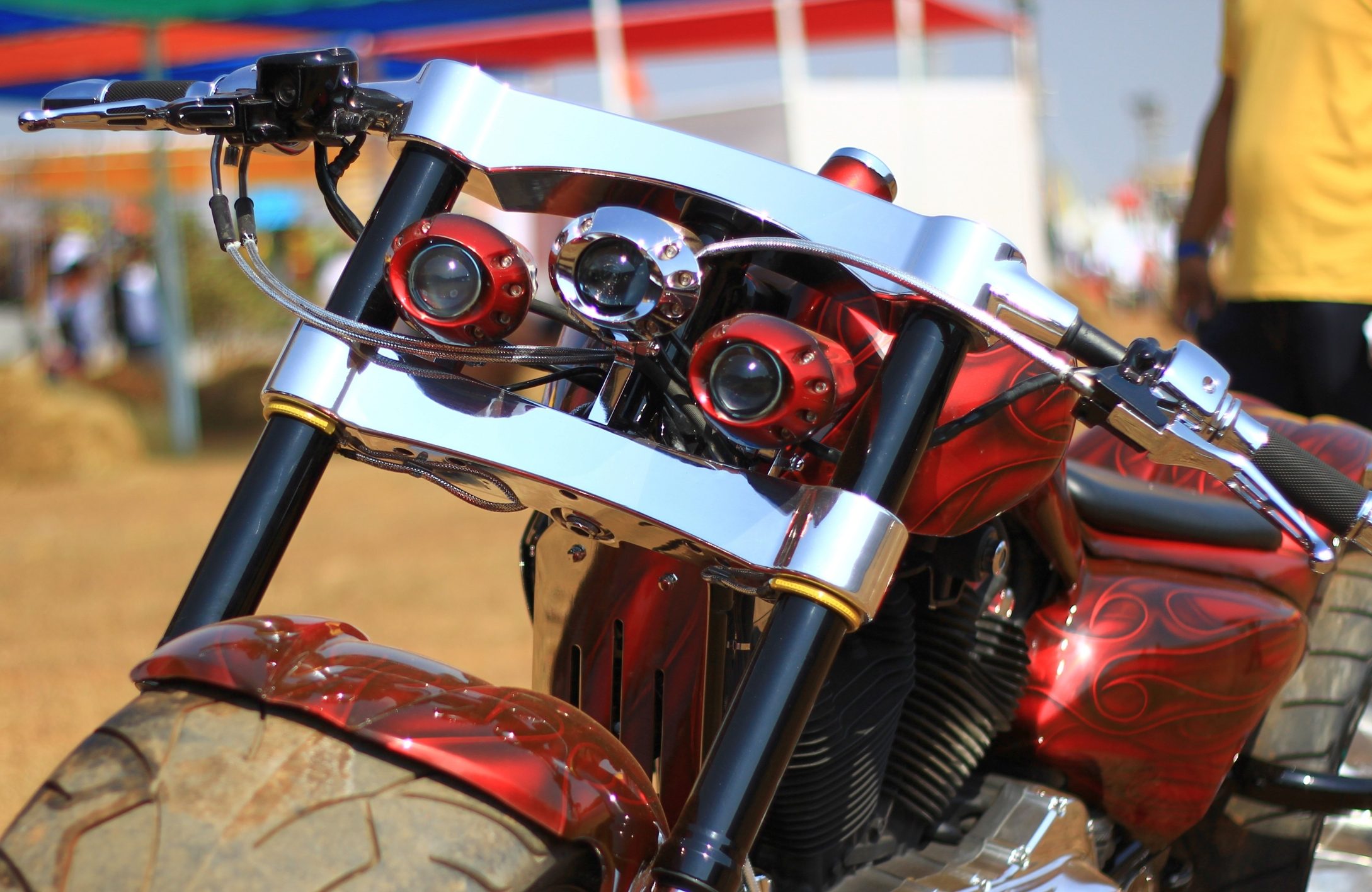 This generation of motorbike lovers have grown up watching the creations of Orange County Customs, Billy Lane, Paul ‘Tooty’ Moody and the late Indian Larry. During the early-mid 2000, reality shows such as American Choppers and Biker Build-Off proved to be an insight into the world of custom bike building for bike enthusiasts in India.

Over the last decade, India has seen a growth in custom bike building scene. One such custom bike builder is Reza Hussain of RH Customs. Hussain broke on to the scene with his reptilian-themed chopper called Valeno Mortale which made him win the title of the Best Chopper Design at IBW 2014.

He returned to India Bike Week with his newest creation – Da-Bang – to defend his crown. And defend he did, with a creation dedicated to his favourite actor Salman Khan.

This bike is a dedication to Salman Khan. I’m a big fan of Salman and this is my style of showing my admiration towards him.

“This is not a very usual motorcycle. This is very unique. It has a very masculine and macho image. I have been to Middle East and shows elsewhere. I wanted to showcase a bike and show the world that even in India we can do such stuff and that us Indians are not behind,” said Hussain.

Let’s take a closer look at the bike which won Reza Hussain the title of the Best Custom Bike at IBW 2015.

Headlight: Custom triple lights. The middle one is chromed while the other two are blended with the body colour to highlight the details. At first, Hussain went ahead with a single headlight but the size of the triple tree is so big that a single headlight wasn’t doing justice hence, he machined two more. The other two are sidelights but if one switches to high beam, the other two also glows. The two secondary lights are adjustable; one put it straight, down or at an angle, this can be done by just re-tightening one bolt.

Air filter: Cobra intake air filter to give a masculine feel to it.

Paint: Apple Candy with flames. Some shades of black as well. Pinstripping and air brushing done in house.

Tyres: Vee Rubber from Thailand. 310mm in the front, 360 mm in the back – world’s fattest tyre. Nobody else in India has done it.

Exhaust: Custom. It has three bends/pieces, each machined separately.

Drive: Chain drive. There’s a single chain to minimize the weight on the soft tail and also to give it a neat and clean look. The jackshaft was aligned so that the chain can be installed slightly towards the outer side giving it a cleaner, more prominent look. It’s a combination of a chrome chain with a sprocket setup which has a chain drive as well as a disc brake on it.

Why chain and not belt?

“Because I wanted to chrome it out and stand out. I wanted to show the beauty of the chain. The black belt doesn’t give the same industrial feel that a chain does. Chain tensioners are made up of hard nylon,” said Hussain.

Suspension: Mono suspension at the rear. Custom telescopic forks at the front – the triple tree at the front is machined. No bolts are visible from the outside, it’s all been fitted from the inside.

Time to build: 50 days. With just 3-4 hours of sleep every day. Do your math!
After Valeno Mortale and Da-Bang, let’s see which new creations Reza Hussain, the two-time champion from Hyderabad, brings to life. 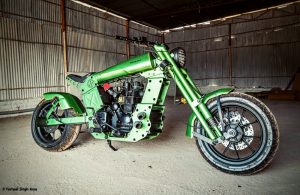 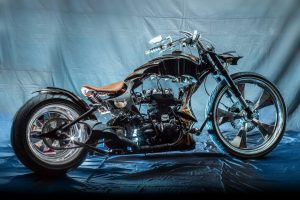 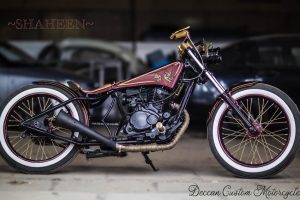