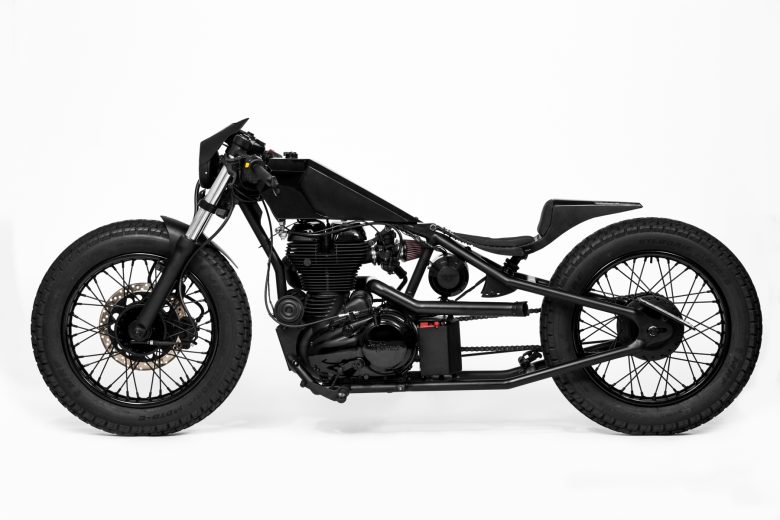 Nevermore: The bike which announced Mean Green Customs on to the custom scene

Aditya Deshmukh, the founder of Mean Green Customs, learnt all his trade during his college days while he was pursuing industrial designing. After couple of his university assignments found appreciation and interest from the masses, he decided to pursue his dream of building bikes.

Only his third custom design, Nevermore, captured the attention of one and all at the Royal Enfield Rider Mania 2014.

Today, let’s take a look at one of his earliest creations, Nevermore:

The design as well as the name was inspired from the dark and mythic World of Warcraft character called Nevermore.

Style: Cross between a Bobber and a Brat.

Basically the whole concept was to keep the bike very light, keep it stealthy, keep it black and keep it low.

The tank is a tiny 5.5 liter customized roughly triangular tank. In Aditya’s own words, “It’s a city bike, surely not something on which you can do cross-country travel.”

The yellow halogen was purposely chosen to break the monotony of black all over the bike.

It’s a combination of matt and gloss.

I didn’t want the bike to look like it’s dipped in matt black, I wanted a little bit of texture – a little contour to make it look different.

This is smartly fabricated using stainless steel and installed under the seat while following the sleek lines of the rest of the bike.

The front suspension has telescopic forks salvaged from a Yamaha. It being a hard tail, there’s no rear suspension. Apart from a tiny aftermarket spring under the seat, the rider’s spine is directly bolted to the rear tyre.

Aditya wanted to do something that wasn’t the cliched leather seat. Hence, he went ahead with a split seat to compliment the bike’s sleek lines. Rexine was chosen to add a different texture to the otherwise matt and gloss look.

Tail light: As with the rear indicators, the tail lights too have been integrated in the cowl while making sure that the cowl tapers at an angle giving it a pointed edge towards the rear of the bike. 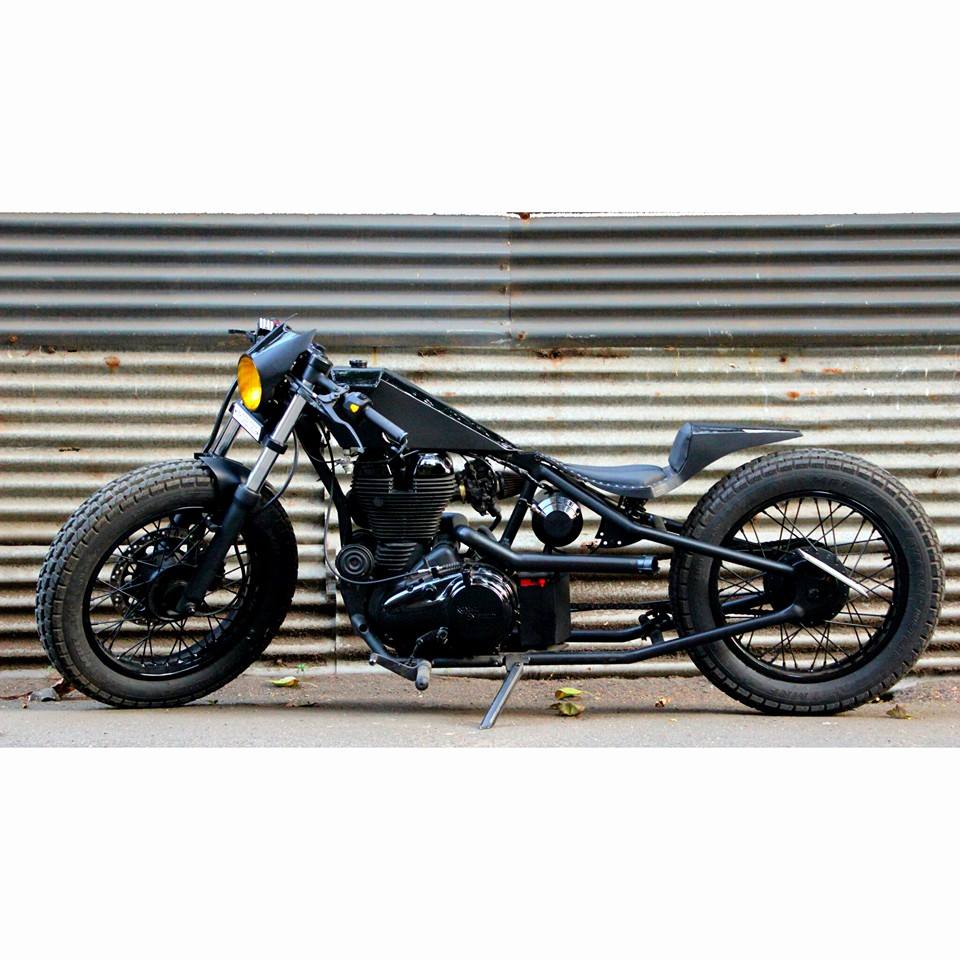 Tipped as one of the best upcoming custom bike builders in the country, Aditya Deshmukh and his design house Mean Green Customs are surely destined for bigger things. 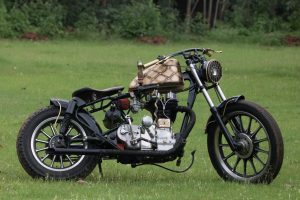 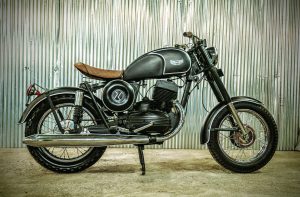 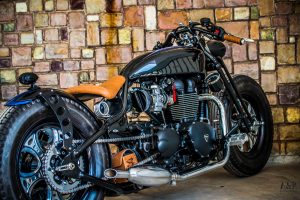